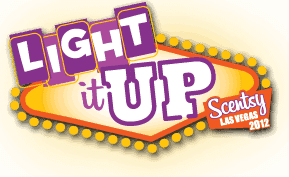 Update:  Scentsy’s annual convention is only a week away and I’m sure we won’t be disappointed.  Being able to attend previous years, I can say from experience that the Scentsy convention is over the top, in a good way. I love actually meeting all the consultants that I’m friends with on facebook or twitter but have never had the chance to meet yet. This year, they have Scentsy’s backstage pass, which allows us to share more of the fun on facebook and twitter, and help engage those that are unable to attend. I’m also excited that convention is in Las Vegas this year. Yes, it will be hot, probably hotter than 2011 convention in Ft. Worth, Texas. But at least the casino’s will be cool.

You can sign up for convention on your scentsy workstation

What’s so exciting about convention?  Let me tell you..

So, in just a few months, there will be thousands of us, dressed in purple and showing our Scentsy Spirit! Check out more convention information at our Scentsy convention site