Over the years, we’ve heard different terms being used for our Scentsy Warmers. It has changed from the very beginning as well.

When people first started hearing about Scentsy, they referred to the fragrance system as ‘Scentsy Candles’ because it was common to think of any type of wax being a ‘candle’ – even though Scentsy wax is wickless.  We also heard the term ‘Scentsy Wickless Candles’ to properly differentiate from being a traditional flamed candle.

Scentsy wickless candles however really only described the wax being used, not necessarily the device that warmed the wax. (notice how I said warmed, not burn?)

Then came a better term for the flagship fragrance system – Scentsy Warmers. Which made all the sense in the world to those that were familiar with how it works. But to those that didn’t know – they were using the term “Scentsy Burners” to describe the warmers.

The reason why most of us cringe when we hear the word ‘burners’ is simply because Scentsy wax is never burned, unlike a wick that is used with a traditional candle.

Scentsy wax is warmed by a heat plate (element warmers) or a low watt bulb (standard warmers). When I say warmed, I mean just above body temperature. So if you were to stick your finger in a warmer dish that has melted wax, it would not burn you. While we don’t advise everyone to go stick their finger in melted wax, we’re just trying to make sure the process of melting the wax is understood.

When using a traditional candle, you get this wonderful fragrance from it, but along with that you also get many particles being released into the air, along with some soot and of course the danger that an open flame brings. The other downside is when you’re needing to get blow out the flame, you are then releasing the smell of burnt wick and therefore losing that wonderful fragrance that filled your home only moments before.

With Scentsy warmers and wax, there is no wick, no open flame, no soot and to turn it off, you flip the switch to turn off the light bulb or heat plate from warming the wax any further. This means that your house still smells amazing from the aroma when you had it turned on.

Scentsy Bars are the term that is used to describe our wax in clamshell cases. Some refer to the wax as ‘wax melts’ which also makes sense.

Hopefully this helps with the terminology used for our Scentsy products and gives a better understanding of our flagship products.

Don’t miss the opportunity to try Scentsy’s different product lines as well that don’t involve any wax, like the Diffusers and Oils, fragrance flowers and the Fan products that use Pods to disburse scent or even the on the go items like room sprays, travel tins and car bars (car fresheners). 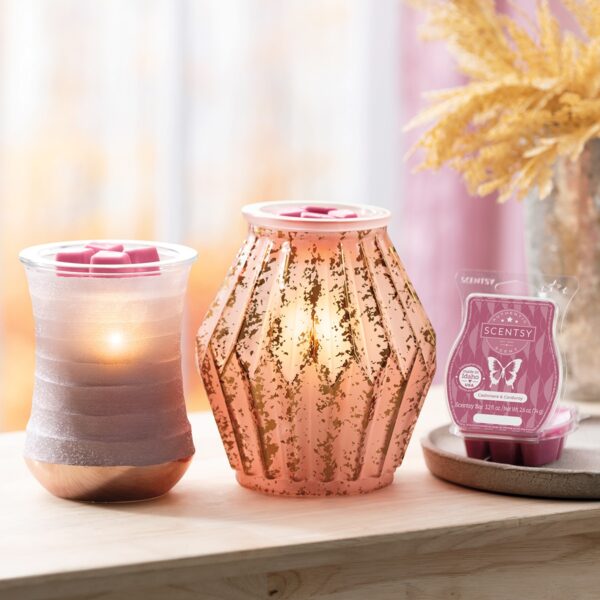 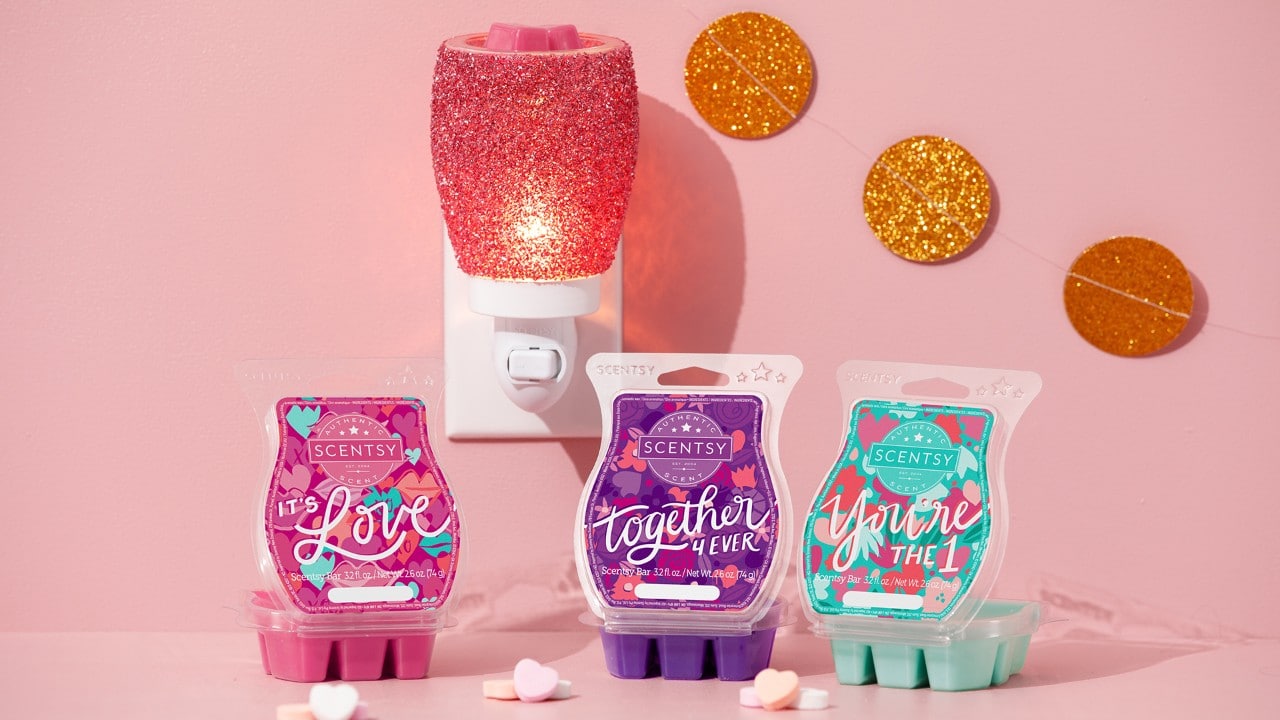 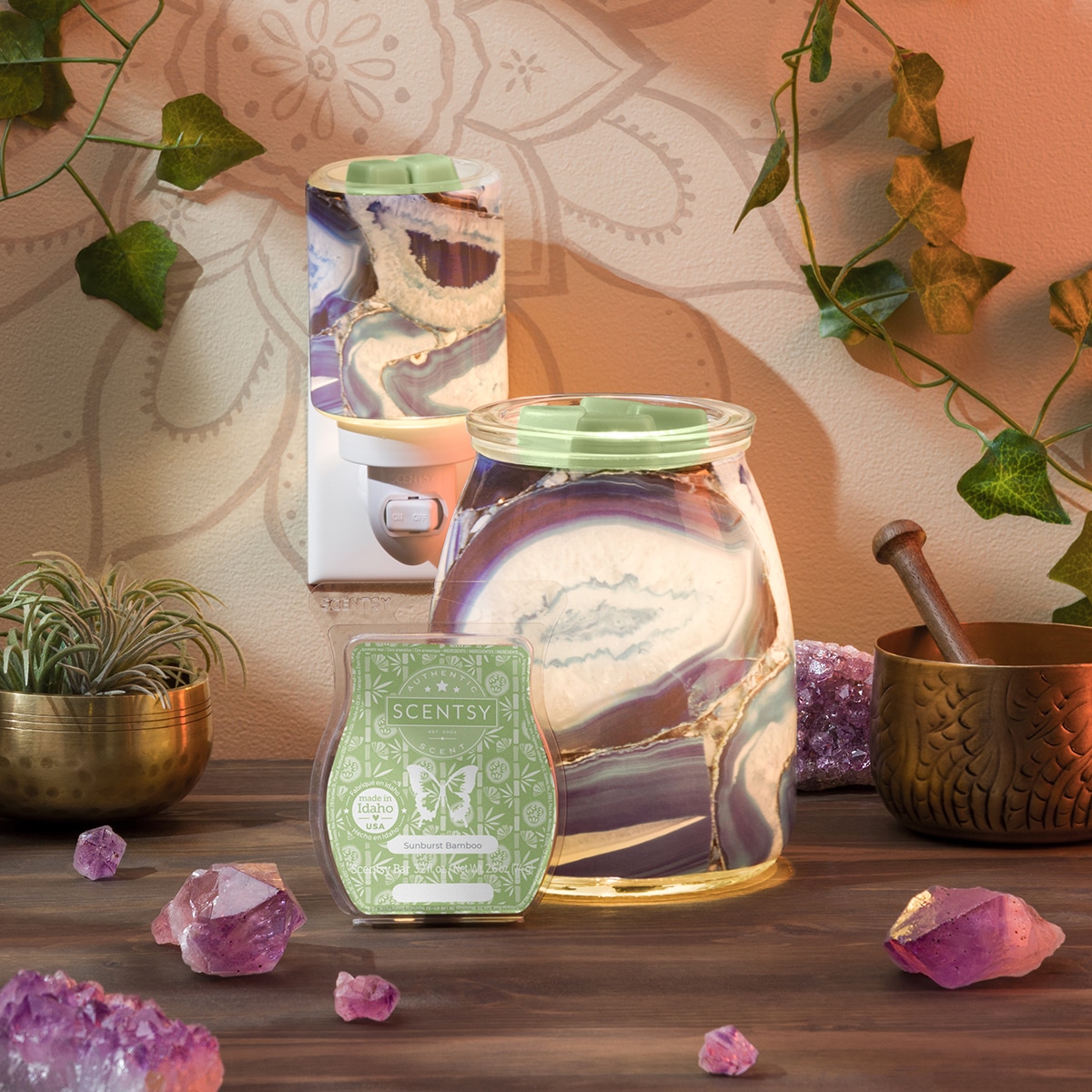 February 2022 Scentsy Warmer of the Month

Scentsy Warmer & Scent of the Month – February 2022 Wow, this Blue Agate Patterned after the soothing stone, Blue Agate gives off an all-natural 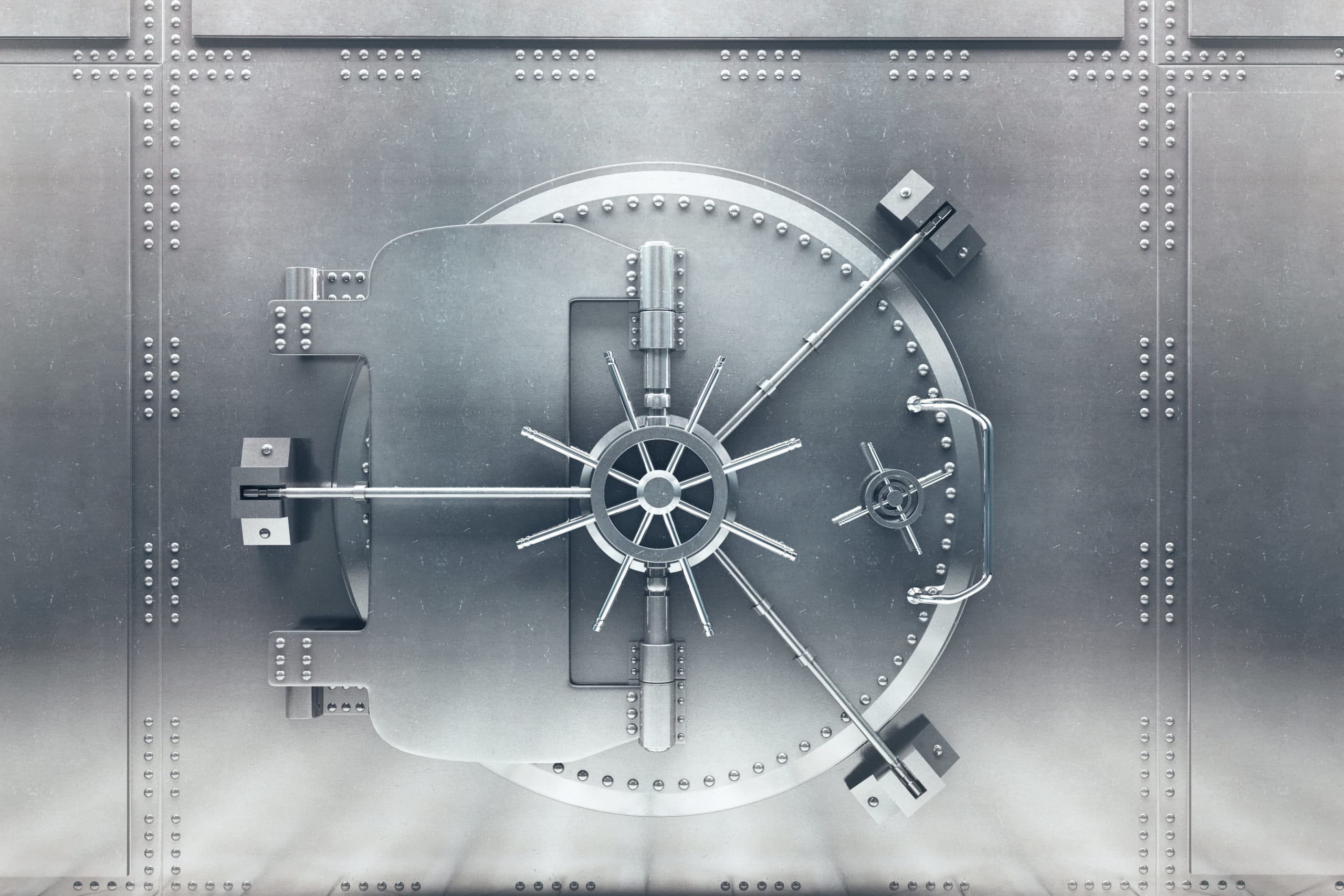 Scentsy Licensed Products – Going In Vault It’s the end of 2021 and we’re preparing to send some of our licensed products to the vault.

Send this to a friend